#EdTechBridge is all about collaboration.  The notion behind the community is to develop authentic relationships that are mutually beneficial to developers and end users.  As #EdTechBridge evolved it became clear that most developers do understand the value and were looking for opportunities to create these relationships.


A few weeks back, Katya asked if BrainPOP could do some software testing with my game design students as well as Matt Farber's (@MatthewFarber) Social Studies students.  For my students, this is a great opportunity as one of the key elements of my course is iterative design (the process of designing, beginning development, product testing, receiving feedback, and continuing development based on tester feedback).  It is also important for my students to understand the importance of peer testing.  The visit from BrainPOP was incredibly valuable for my students and an authentic testing environment for BrainPOP.  This is what #EdTechBridge is all about.


Katya, Scott, and Will came to visit two of my classes yesterday.  Katya is the lead on user testing, Scott is a project manager for in house games developed by BrainPOP and Will is one of the game designers.


One class was my 8th grade video game design and development class.  They worked with  paper prototypes of the game.  There were two variations of the prototype to test certain mechanics that brainpop is considering for the game.  It was great to see students make comments playing one version that affirmed the value of the added mechanic of the other version.  This whole exercise was especially valuable for me as a teacher and a learner.  Prototyping is an important part of the design process.  My students create design documents and sketches of levels, but rarely create and test games with a true paper prototype.  It was great for me to see the process.  Likewise, it was great for my students to experience and served as a natural springboard to discuss the process as it relates to their games. 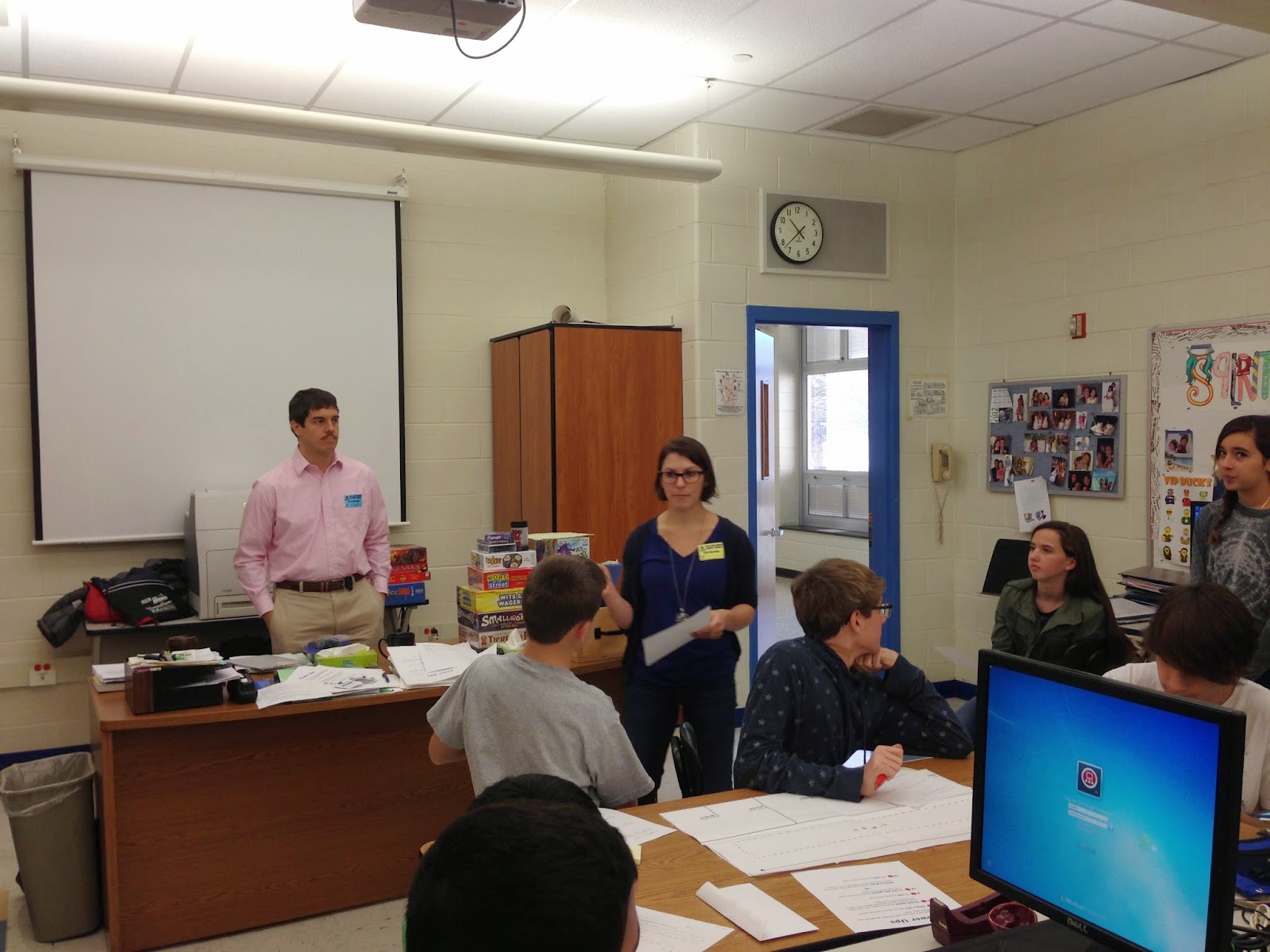 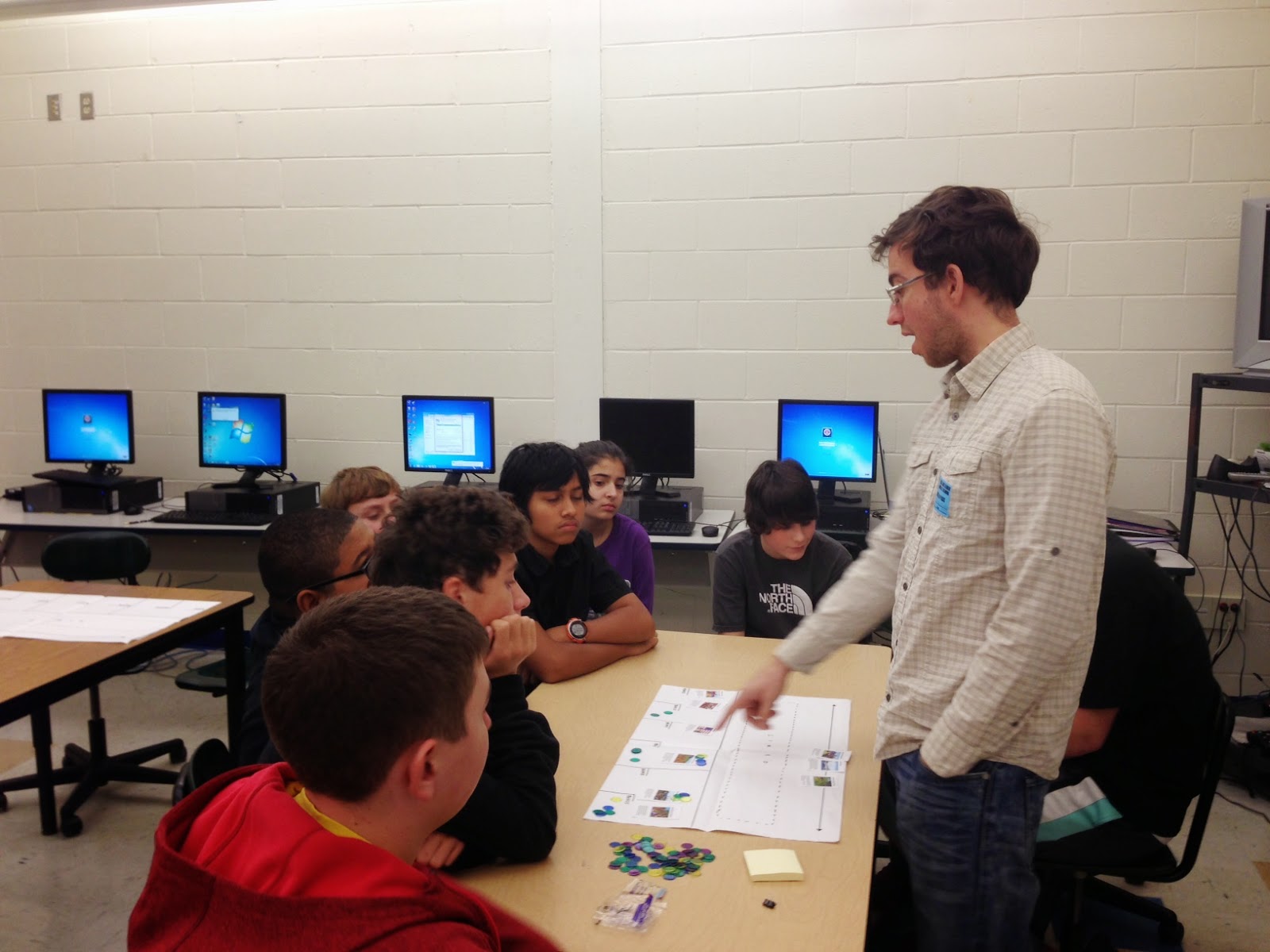 My seventh grade game design and digital storytelling students played a digital version of the game.  This group will be going through their first iteration of peer testing soon so it was great for them to experience the process and provide valuable feedback.  There is no doubt that their experience with peer testing will be enhanced from having had this experience.  Observing the students playing the games and commenting on the game mechanics, periodic glitches, etc. was great.  I think they were able to understand the true value of their contribution. 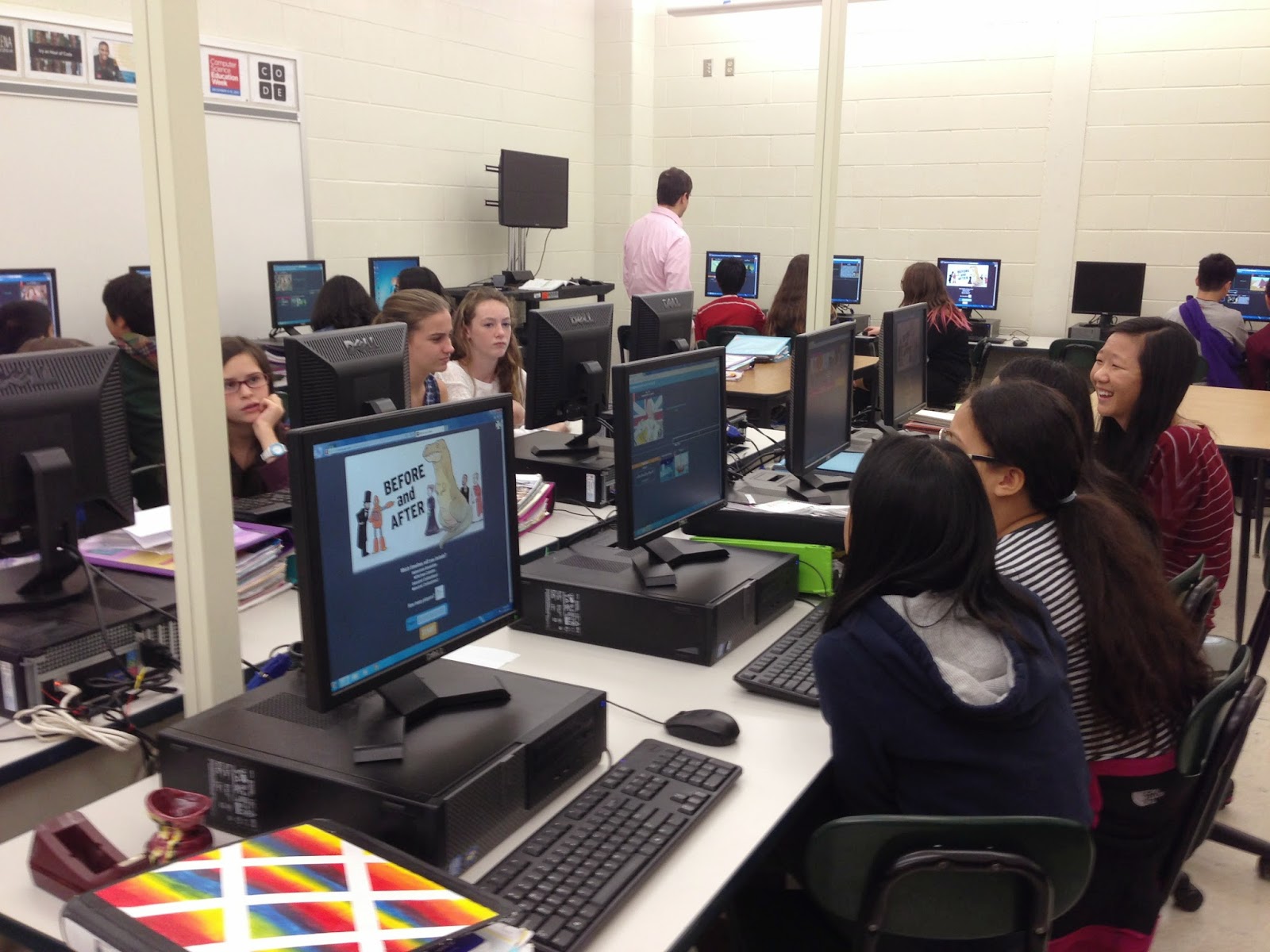 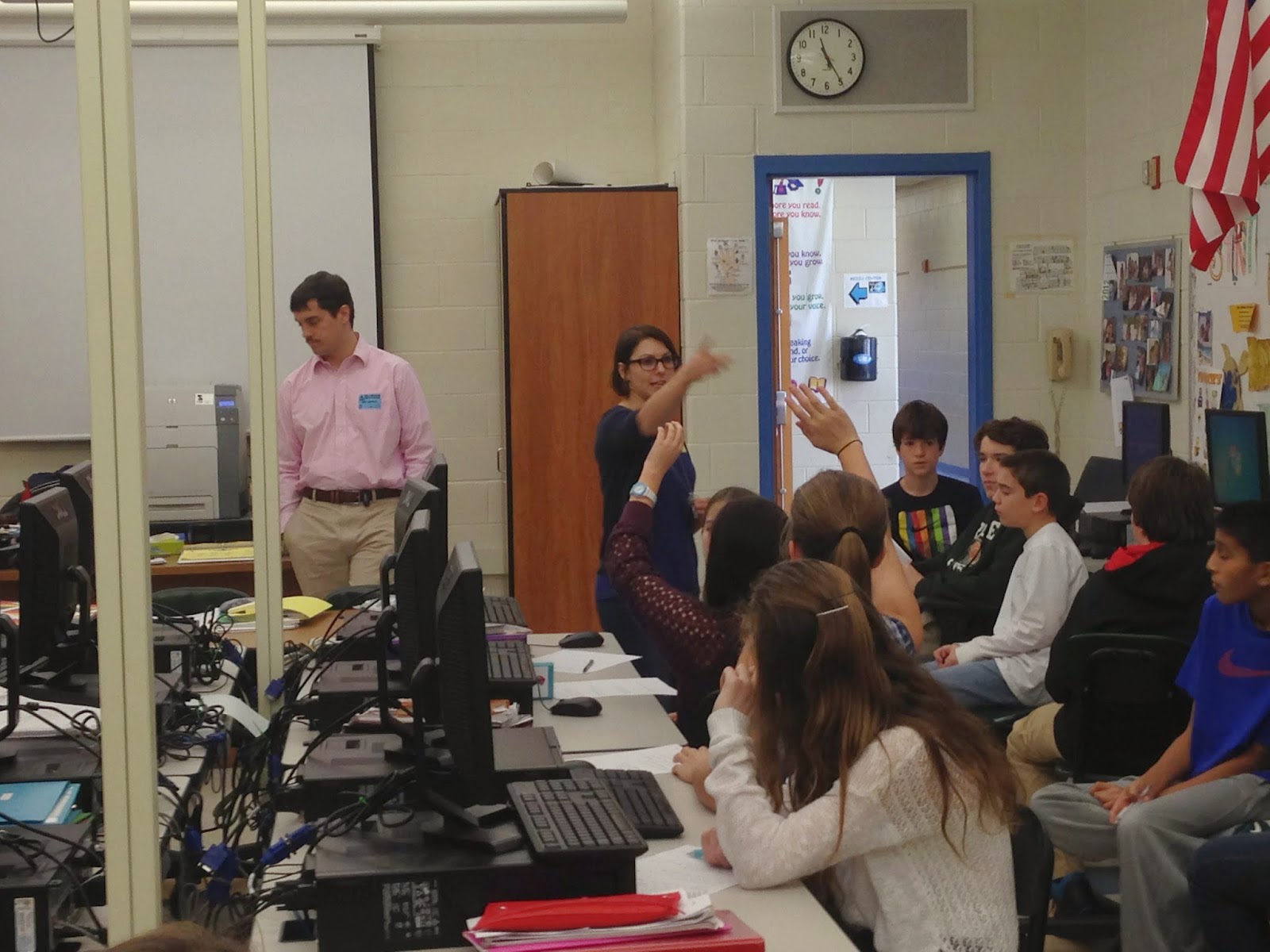 
Matt Farber teaches middle school social studies.  He uses games and simulations to authentically model real world events.  His students entire school year has been framed by the Game Theory BrainPOP video, in which Tim and Moby explained how rational people make important decisions—just like in a game.
Farber uses digital and tabletop games to support his project-based curriculum.  His students have playtested games from GlassLab (SimCityEDU, Argubot Academy) and E-Line Media (Historia)—both companies that also playtest with teachers and students.  In mid-November, Farber’s class tested two versions of a new BrainPOP game: two variations of a paper prototype and one version of it digitized.  Both were multiplayer games.  Like GlassLab and E-Line, BrainPOP brings in teachers and students early on in the design process.  Because students knew that their input mattered, the BrainPOP playtest gave everyone an increased degree of engagement


Aside from resolving technical glitches, the iterative design process helps designers create fun and meaningful experiences.  Playtesting with intended users sheds light on issues that designers may have overlooked.  For example, one of Farber’s students pointed out that when she dragged a digital object onto a part of the screen, a box with a red outline appeared.  The student informed the design team that the color red looked as if she was doing something wrong—even though her action was correct.  This detail would not have been noticed if BrainPOP did not playtest with student users.

Posted by Games and Learning at 11:56 AM